Los 10149 – 1863 (3,4) Envelope from Cairo to Italy with “Posta Europea/Cairo”, subsequently transferred to the Italian P.O. at Alexandria 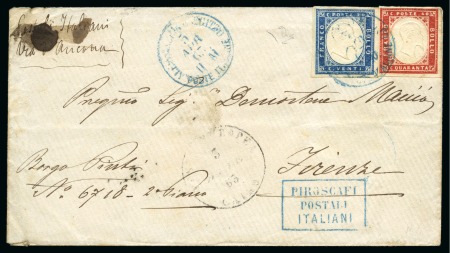