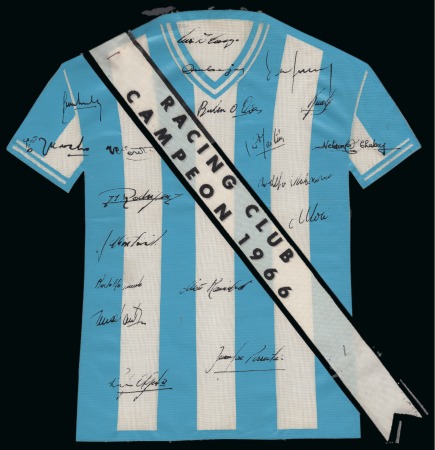 ARGENTINA: Five items incl. fabric in the shape of the Racing Club shirt, 24x26mm, with sash „Champions 1966“ signed by the team that won; a self-made cover sent from Glasgow during the first leg when they played Glasgow Celtic in the Intercontinental Cup signed by the team, 1979 Argentina vs Netherlands publicity brochure and 2 cover to commemorate the 1979 Scotland vs Argentina match (one signed by Passarella)