Los 10730 – 1958 WORLD CUP: Collection written up in an album with signed covers in Brazil with many Pele autographs 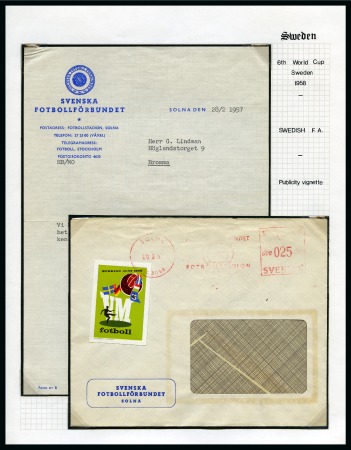