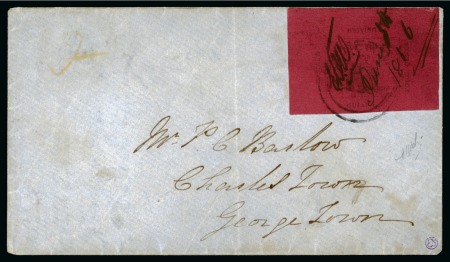 Thirteen 4 cents magenta covers are recorded, including four displaying the much rarer cut square, of which three with a single franking (this contrasting to the others as tied to cover), this being the finest of all thirteen.