Los 53358 – EXTENSIVE AND SPECIALIZED COLLECTION ON THE WATERBURY 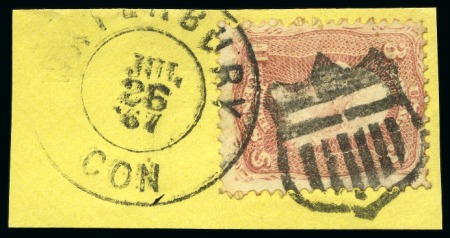 1865-90, Outstanding and most extensive collection of Waterbury postmarks housed in four „White Ace“ albums comprising 123 stamps and 220 covers or cards, showing a wide range of Animals, Objects and designs.