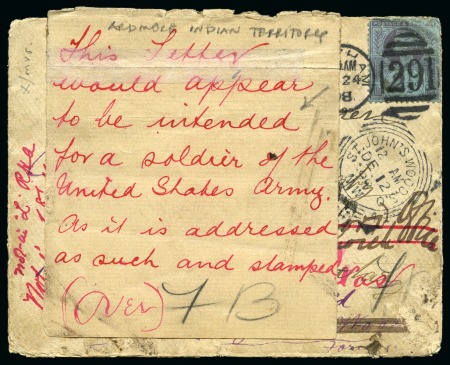 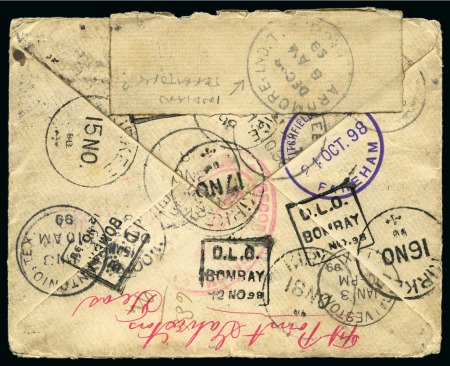 1898 Envelope from Great Britain to a Sargent in the US Army at Batter G, Ardmore, Indian Territory, but MISSENT TO INDIA, reverse with Dead Letter Office Bombay, Kirkee cds (on four different dates), returned to the UK and finally sent to Ardmore, with postman note attached (tied by bs on reverse) with ms „This letter would appear to be intended for a soldier of the UNited States Army, with further „Not in 1st“, „Not in 11th“, „Not in 29th“, etc., finally sent to Fort Point in Galveston, Texas, minor faults as to be expected from such a well travelled cover!